For the first time in more than a decade, the American Academy of Pediatrics (AAP) has released a full clinical report on Autism Spectrum Disorder (ASD), including new guidelines for the identification and treatment of children on the spectrum. The full report, Identification, Evaluation, and Management of Children With Autism Spectrum Disorder, is available to the public through the AAP website. An executive summary is also available.

The new autism guidelines continue to recommend regular screening for signs of autism in infants and toddlers. Doctors encourage ASD screenings during typical well-baby checkups at 9, 18, 24, and 30 months of age. Also, the report recommends developmental surveillance—i.e., monitoring your baby outside of a formal medical setting—for early signs of ASD through this same period. Recent research suggests that the earlier you notice any developmental issues, the earlier you need to act. Any potentially troubling behavior should be reported to the baby’s primary care pediatrician.

The new autism guidelines also recommend that parents seek specialized care for their children as soon as the need for intervention is evident. Given that the most effective outcomes for autism treatment result from early intervention, the AAP sees no reason to wait for a formal diagnosis to begin seeking help and exploring treatment options.

According to the report, “Waits for diagnostic evaluations at specialty clinics often are long. When developmental concerns are identified, pediatricians should refer children to early intervention…or school services to initiate services. Early identification, diagnosis, and referral to evidence-based interventions are associated with improved outcomes.”

The primary reason for the new, more active approach to treating potential ASD symptoms is a significant spike in diagnoses in recent years. Since the AAP released its last report in 2007, the incidence rate of autism in the United States has risen from 1 in every 155 children to 1 in every 59. In total, more than 5 million Americans live with some degree of autism.

Potential risk factors and associated symptoms developed in the past 12 years are at least partly responsible for the spike. In that same time, scientists have also made significant strides in identifying the most effective ASD treatments.

The new autism guidelines also recommend doctors double-check the integrity of research reports before suggesting new treatments to their patients.

Furthermore, the AAP advises doctors to be aware of any co-occurring disorders. These may emerge in conjunction with ASD, as they may inform decisions made about treatments.

ASD is a complex disorder. It includes such a wide range of issues, each of which can vary in acuity and manifestation. On top of that, there’s no single known cause of ASD or universal determinant that we can identify. If your child has symptoms of autism, you’re likely to have more questions than answers.

We want you to know that we can help. At Ascend Autism, we want to see our patients and families succeed. If you have any questions about the new autism guidelines or want to learn more about our services and how we can help you, call us at (877) 323-8668. 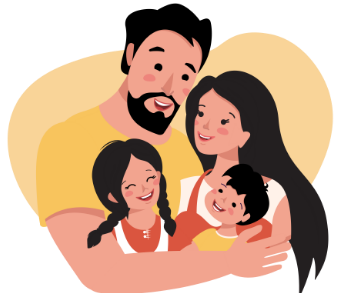